Winning with luck is one thing, but beating the casinos with cheating is something very different. This page lists some of the most successful casino cheats and the methods they used, although it’s debatable whether some of the particular methods are cheating or advantage play. Advantage play is basically when the player achieves a legitimate advantage, but cheating is more about illegally achieving an advantage with methods like influencing craps dice. 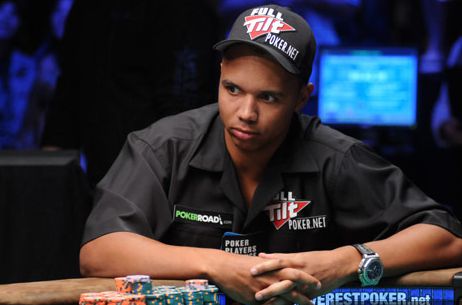 Phil is a professional poker player, so naturally he is skilled with cards. In one particular instance, he was caught cheating at Baccarat. The casino alleges that he won approximately $10 million in an Atlantic City casino. The case is still pending in the legal system.

Edge sorting is a method that takes advantage of defects in cards. Specifically the top card has a slightly different pattern than the bottom card. The concept involves turning particular cards vertically, so they can be easily identified. And knowing when which of the identified cards are due to come out, apparently allowed him to achieve a large advantage. So basically you knew which cards were most likely to be dealt next.

So how was he able to flip the cards? Basically it involved collusion with his partner, who requested that the casino flip cards based on a superstition. Normally such a request would be rejected, but he was allowed because the partner was a high roller, and casinos tend to accommodate requests from such individuals.

It’s not uncommon for collusion between players and casino staff, and in fact casino surveillance carefully observes for collusion. But this case is one of the rare ones. If convicted, Phil is likely to serve a jail term.

Roulette Computers at the Ritz casino

Roulette computers top the list of the best roulette systems. This scam involved an electronic device that measured the speed of the roulette wheel and ball, which predicted the winning number. At least this is the alleged technology that was used. Casinos initially believed a laser scanner was being used, although other casino consultants believe a technique called visual ballistics was used, without the use of electronic devices.

In 2004 the Ritz casino in London, three unknown gamblers won £1.3 million in three days. The first day they won a smaller amount, but the following two days involved much larger wins.

Following the large wins, casino staff reviewed the footage and determined that the wins were made after the ball had been released. So it was an assumption that some kind of roulette computer or measuring device was used to predict the winning number.

The police were called, who seized various electronic equipment and arrested the players. Eventually the police determined that no laws restricted the use of these electronic devices, known as roulette computers, and the three were released without any charges. The use of roulette computer devices is highly illegal in some parts of the world, but actually legal in others. So technically it may not be classed as cheating. 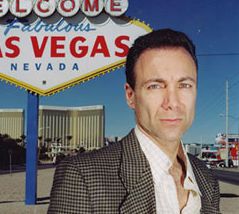 Richard Marcus is one of the best-known casino cheats, but not necessarily because of a successful cheating career. He has made many claims of successful cheating, but many in the industry believe his claims to be mostly hype to sell books.

Marcus began his career as a dealer in the 1970s, and it soon moved to cheating with roulette bets. This mostly involve sneaky bets after the ball had landed. So the ball landed on zero, he would use a variety of techniques to distract the dealer, or sneakily place a bet on the winning number.

One of the betting techniques involved having a large chip beneath the arm, as he pushed forward to make a bet that was obviously too late. This obvious chip was rejected by the dealer, who missed the chip that was pushed under the forearm. The sneakily placed chip may end up on red or another outside bet, but the dealer would have assumed the chip already existed on the table.

He claims to have won approximately $12 million within a decade. Although at this stage there exists no tangible proof that his claims are accurate. Richard now appears to make most of his money as a casino consultant, helping casinos catch cheats and protect their games.

Considering that there is no proof of his claims, it is perhaps unjustified for anyone to consider him one of the world’s greatest casino cheats. 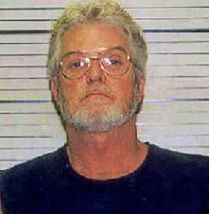 Dennis won approximately $6 million from slot machines, although some sources claim that the real figure is closer to $40 million. To achieve this, he first purchased his own slot machine to learn how they worked. He then hacked the programming chip which determines when to payout, and how much. It worked easily in his home environment, but getting it to work in the real casino is a different story.

He needed to install the chip in the casino slot machines. And to achieve this, he used partners to distract casino staff, while he opened slot machines and installed his hacked chip. This is certainly one of the more risky scams, considering modern casinos have very tight surveillance cameras, and everything is recorded. It may have worked around 20 years ago, but opening a slot machine is not so easy in modern casinos. This is because they are almost always equipped with alarms.

Eventually Dennis was put in jail, because his own team needed to save their own skin.

Counterfeit cash is not uncommon, and neither is counterfeit casino chips. After all, they are mostly just a piece of flat plastic, and didn’t previously have the security features that modern casino chips have. With earlier casino chips, just a simple plastic mould and readily available materials may be all you need to create a convincing counterfeit chip.

Modern casino chips are often equipped with the same UV light verification paint used in modern cash, passports, and other identification. But duplicating the UV paint is particularly easy. In fact a common hardware store will supply everything you need.

One of the better known cases involved a player named Jeremy Lewis, who used approximately $50,000 in counterfeit chips. But there are many cases that have occurred throughout the world, including way down in Australia’s crown casino in Melbourne, where many $1000 chips were found in circulation. Further information was available to the authorities, but the information was not released to the public.

Generally cheating is legally defined as any method to influence the games and the outcomes. In the case of card counting, the player merely counts the cards that have been dealt, which gives them a better idea of the remaining cards to be dealt. This of course changes the players odds of winning, but it is not considered cheating. Casinos have a different name for it, which is advantage play.

In the majority of casino throughout the world, advantage play is in fact illegal, and not considered cheating. But it doesn’t mean the casino can’t ban you for using advantage play techniques. In fact most casinos hire consultants that advise them about advantage players, and how to catch them.